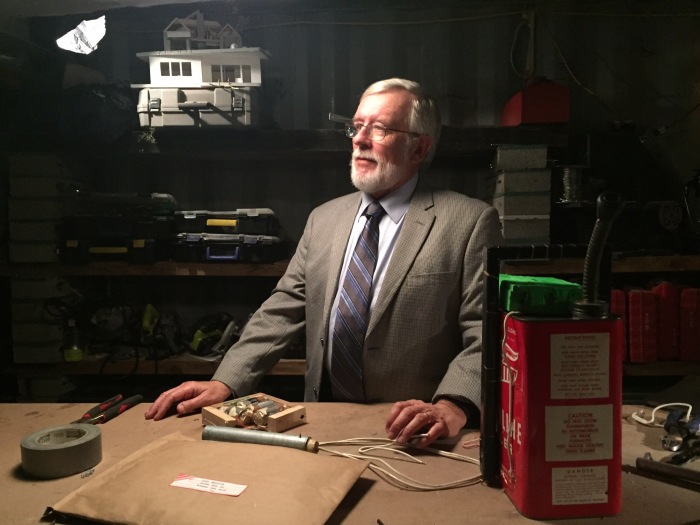 Starting at 9 pm tonight the Discovery Channel kicks off an eight part series called 'Manhunt: Unabomber'.
Why should Landaff care? Because our own Pat Webb will likely show up, in voice at least, in the dramatic mini-series.

Webb, retired from a long career as a terrorism specialist and bomb technician with the San Francisco FBI, worked the Unabom case for many years and was the first person to search Ted Kaczynski's Montana cabin after Kaczynski's arrest. Discovery Channel reached out to the Landaff resident because of his knowledge of the bomb devices Kaczynski built by hand in his 10-by-12 foot shack and mailed to executives, scientists, and academics all over the US. The series producers shot film and also recorded voice-overs of Webb discussing the devices and the case last month. It is not known which recordings they will use or when in the series Webb's familiar face or voice might surface.

One thought on “Local Man’s Sixty Seconds Of Fame”